Chapel St. Leonards is a village and civil parish in the East Lindsey district of Lincolnshire, England.

It is situated 5 miles (8 km) north from the resort of Skegness.

The village is next to several miles of beach, and close to Fantasy Island, market towns, and the Lincolnshire Wolds.

A Chapel St. Leonards landmark is Chapel Point, 1 mile (1.6 km) north from the centre of the village.

It is a restored part of a major Second World War coastal defence line; the restoration included the gun structure and the viewing platform.

In recent years Chapel Point has become a location for birdwatchers, being visited by migrating birds such as the Mediterranean gull.

With its sandy beaches, beautiful big skies and some wonderful wildlife, the Lincolnshire Coastal Country Park is here for you to explore and enjoy. 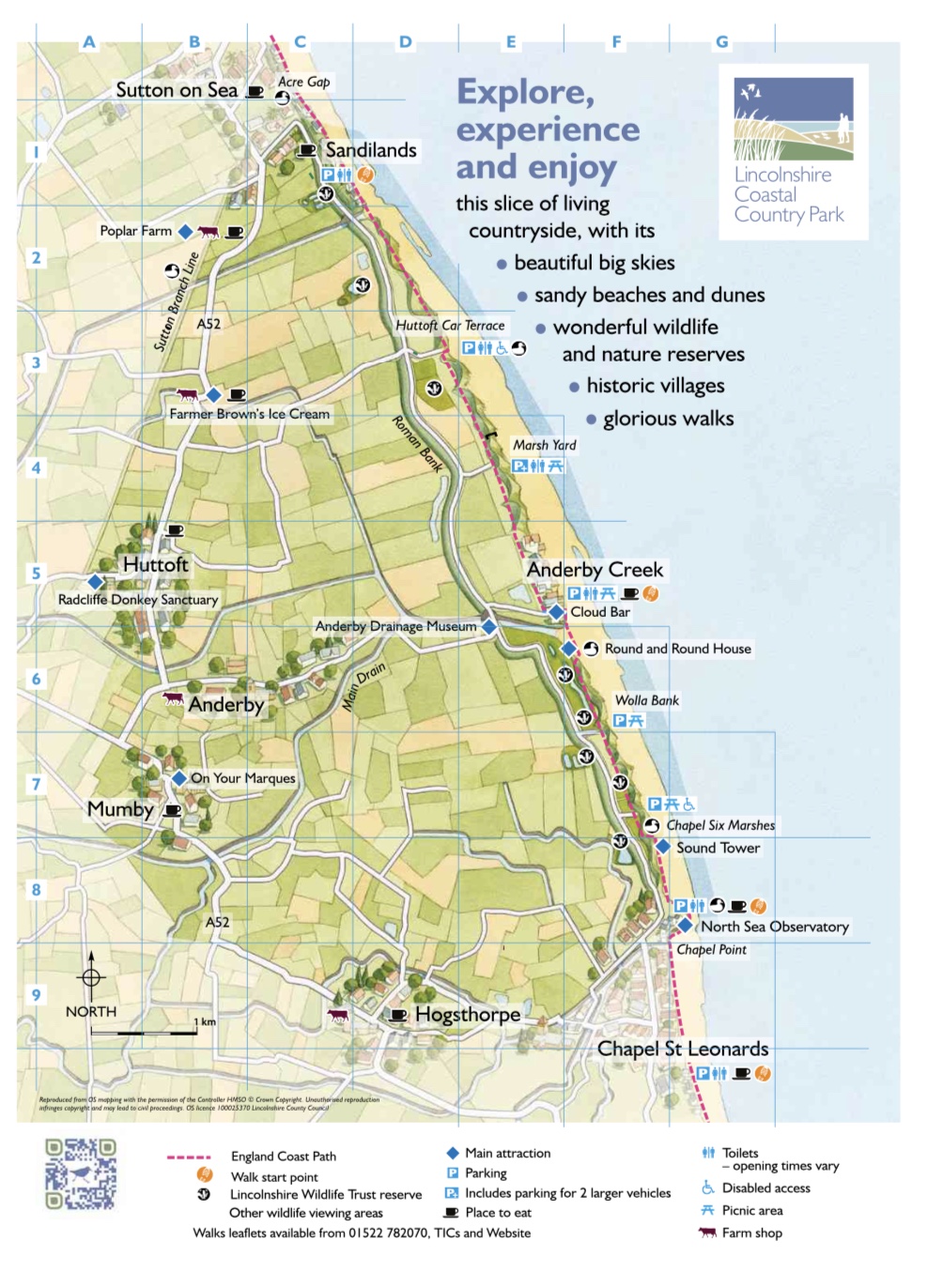 Under your feet, up in the air and out to sea.

It's brilliant for birds! Wildlife thrives on this unspoilt stretch of coastline.

Inland is a working landscape producing food and more.

In both World Wars, this coastline played a vital role in Britain's successful defence.

Be inspired by the Lincolnshire coast.

A sandy dune covered beach which was a WWII coastal defence looking out across the North Sea.
There are no dog control measures in place so walking along the beach is available all year round.

There are 3 well stocked lakes on the East Fields site. Permits are £5 per day for residents.

Fishing marks are a short walk onto the beach. You’ll find Bass, Thornback Rays and Smoothhounds during the summer months (if you’re lucky). Codling, Whiting, Dabs, Flounders, Rockling and the odd Bass are abound over the cooler months.

The best fishing can be found on a flooding tide after a calm spell. Even better if the water is high at sunrise. During the winter months conditions are at their peak after a rough sea.

The food is exceptional – vegans and vegetarians are well catered for. It’s a beautiful space to sit and relax and take in the wonderful seascape.

We look forward to welcoming you soon...